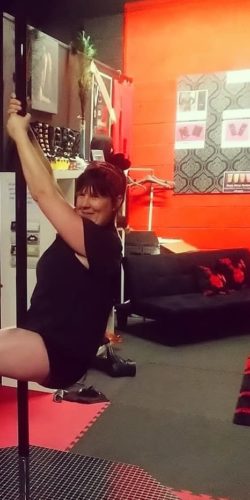 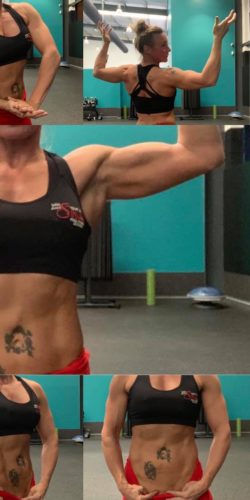 From humble beginnings with no professional dance training and only passion and determination on her side, Sally-ann has flown through the ranks to become one of the Countries best known, award winning, freestyle pole dancers.

Sally-ann began her career in 1997 at 20 when she got her first job on the club circuit. Even at this early stage Sally-ann demonstrated amazing structure and quality to her flowing execution of exotic dance moves. Sally-ann continued to work as a club dancer, building her strength and gaining a colossal repertoire of dance moves. Sally-ann has been dancing now for a total of 23 years and has established her own pole studio called the Heart & Soul Pole Fitness Academy in a bid to teach everyone who thought that they couldn’t pole… they really can! The studio is based in the City Centre of Wolverhampton.

With the little spare time she has outside of teaching and performing, Sally-ann continues to study to improve her fitness knowledge to help benefit both her own training and that of the students. Her qualifications are:

Sally-ann is insured with both Public LIability and Indemnity Insurance to teach all of her pole, hoop and fitness classes.

WV2 4XD
Chair DancePole Dance
MADE WITH LOVE BY:

Subscriptions start at just $7/month! Pay for a whole year and save $14!

A subscription to Cirque du Pratique